NextPath opens with strong response, will create hundreds of jobs

“Over our career in IT staffing we consistently would get requests for help in those areas and there simply weren’t strong players specializing in those categories” explained Dan Rodriguez. “The large firms focus on bigger categories like IT or Healthcare making this truly an underserved sector.”

NextPath Career Partners is founded with no outside investment or debt with over $2M in seed capital infused by leading veteran staffing firm entrepreneurs James Hawley and Dan Rodriguez. The new firm is experiencing immediate success, and estimates growing to 100 internal employees over the next five years.

Hawley and Rodriguez have been working together for more than 20 years. The business partners proved themselves a successful team in the staffing industry and entrepreneurial endeavors when they founded Veredus in 2000.

Rodriguez will serve NextPath Career Partners as President and Executive Advisor with 25 years of staffing industry experience. He began his staffing career at KForce before serving as Founder and CEO of Veredus in 2000. Veredus earned more than $100M in revenues in 2014 when it was acquired by London-based leading recruitment firm Hays, where he stayed on to serve as CEO then Chairman of the U.S. until mid-2018.

Hawley will serve as Founder and CEO of NextPath Career Partners. He also previously served at KForce before joining Rodriguez as Cofounder at Veredus in 2000. Hawley stayed on at Hays after the acquisition as Executive Vice President.

“Dan has done it all in this industry and I am honored that he decided to join up again for this new endeavor,” said Hawley. “Any company wants him on their team and we are lucky to have him advising our business in key strategic areas.”

In only its third day, NextPath Career Partners’ had already generated revenue and hasn’t looked back since, with over 50 client jobs across a dozen companies and placements already booked. They currently have offices in Tampa and Orlando.

The new office in Tampa is located in the SunTrust building on the 32nd floor with 360 degree views of Tampa Bay and Orlando is in the heart of downtown with great amenities in both locations. “Our people are the business,” said Hawley “and it is our goal to make this the premier recruiting company to work for in Central Florida.”

They project to hire 30 to 50 new employees by their second year, and 80 to 100 by their fifth year. The hires are expected to be a combination of senior staffing professionals, leaders, and new trainees that want a career in recruiting.

“We don’t aim to be the biggest staffing firm. We aim to be the best,” said Rodriguez. “We’re already generating revenue after just a few days in business. We’re energized by the early success we’ve been experiencing, and feel confident and prepared for our future.” 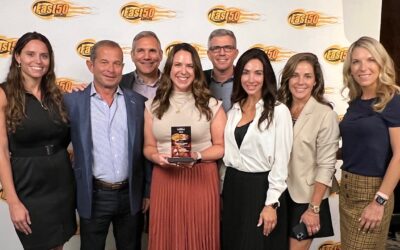 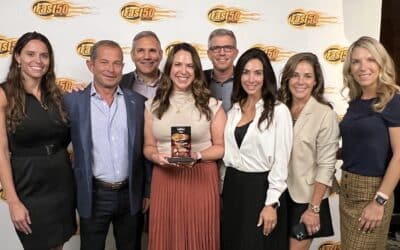 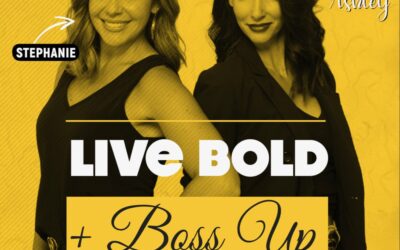 NextPath founders, Stephanie Markese and Ashley Jarocki, are celebrating the 100th episode of their fresh, fun, and fabulous podcast, Live Bold and Boss Up!

We use cookies on our website to give you the most relevant experience by remembering your preferences and repeat visits. By clicking “Accept”, you consent to the use of ALL the cookies.
Do not sell my personal information.
Cookie SettingsAccept
Manage consent

This website uses cookies to improve your experience while you navigate through the website. Out of these, the cookies that are categorized as necessary are stored on your browser as they are essential for the working of basic functionalities of the website. We also use third-party cookies that help us analyze and understand how you use this website. These cookies will be stored in your browser only with your consent. You also have the option to opt-out of these cookies. But opting out of some of these cookies may affect your browsing experience.
Necessary Always Enabled
Necessary cookies are absolutely essential for the website to function properly. These cookies ensure basic functionalities and security features of the website, anonymously.
Functional
Functional cookies help to perform certain functionalities like sharing the content of the website on social media platforms, collect feedbacks, and other third-party features.
Performance
Performance cookies are used to understand and analyze the key performance indexes of the website which helps in delivering a better user experience for the visitors.
Analytics
Analytical cookies are used to understand how visitors interact with the website. These cookies help provide information on metrics the number of visitors, bounce rate, traffic source, etc.
Advertisement
Advertisement cookies are used to provide visitors with relevant ads and marketing campaigns. These cookies track visitors across websites and collect information to provide customized ads.
Others
Other uncategorized cookies are those that are being analyzed and have not been classified into a category as yet.
SAVE & ACCEPT